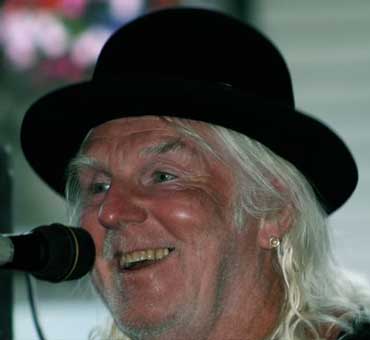 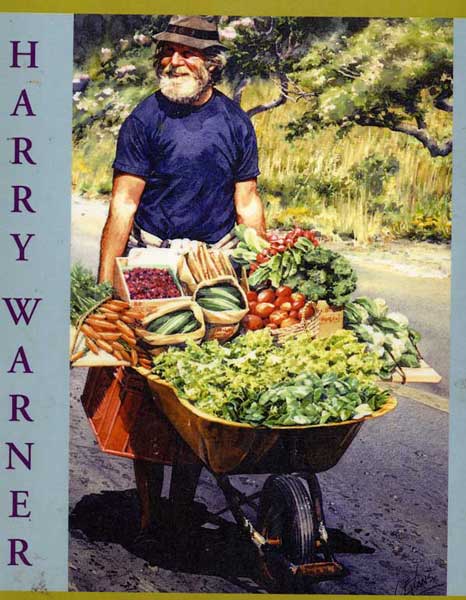 
Listen to the songs from  "Galway to Ganges";  Lyrics here

Watch the video of "Galway to Ganges"

CD follows the life of an islander By SEAN MCINTYRE Staff Writer
A new album from singer-songwriter Harry Warner traces the artist's voyage from his native Ireland to Salt Spring and brings listeners on a melodious journey through history in the process. "This is something I'd wanted to do for years," said Warner in a telephone interview from his south-end home. "The goal was to write and play songs about youth and my life, at least until now."
Appreciation of Galway to Ganges grows with time and though those unfamiliar with Irish song may initially feel inclined to hold back, a few listens will have all but those with the raspiest of voices tapping a foot and singing a ditty. The overarching themes of exile and new beginnings permeate the album, much as they have the life of Harry Warner.
Like so many who have moved to Salt Spring Island from elsewhere, the former professor of mathematics from Ryerson University in Toronto said moving here seemed like "one of those things in life that seemed right."
This is Warner's third record since he moved to Salt Spring 15 years ago. Previous releases included works with the groups Spanner in the Works and the Black Velvet Band. Longtime musical partners Jo Lundstrom and Terence Warbey joined him on the latest release. The album provides a well-balanced blend of Irish folk and classic American country ballads.

Out of the mix are the roots of what may be called a distinctively Salt Spring-bred sound. Songs such as the title track and The Burgoyne Mermaid please the ear and strengthen the spirit by speaking to the familiar. Warner himself said Salt Spring was blessed with an abundance of artistic talent, but hesitated when questioned about the growth of an island-bred musical style. "Quite candidly, there's too much of an influx and outflux of people for a Salt Spring sound to develop," he said. "People come for two, three or five years and then they move on." Despite the nomadic nature of musicians, he said, island music is encouraged by the venues hosting local acts and the success of this year's Salt Spring Folk Club.
In Warner's view, the ideal would be to form a Salt Spring dance band. The group could comprise musicians of various stripes gathering several times a year to perform the polka, foxtrot and other such dances for all to enjoy. In spite of the obstacles involved with organizing such a grand project, Warner refused to give up hope and said, like many things on Salt Spring, it will most likely pop up when least expected.